An Evangelical Goes to Provo 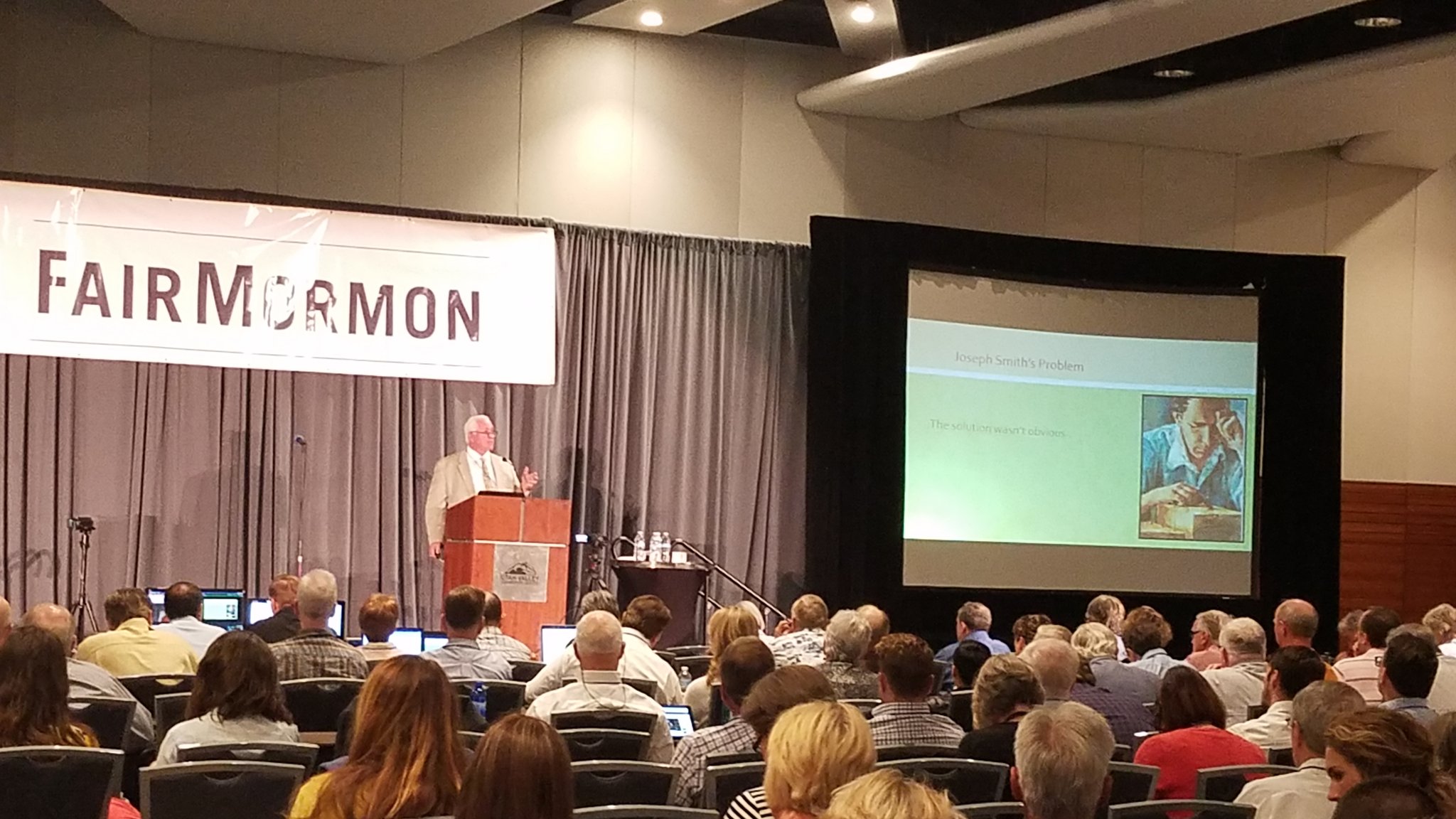 Every year FairMormon, the most popular pro-LDS apologetics organization, holds a conference at which Mormons, including some scholars from Brigham Young University, defend their beliefs. I attended it in 2012 and this year attended its 2017 conference on August 2nd and 3rd, held at the Utah Valley Convention Center in Provo, Utah. I would guess that roughly three hundred people attended each day.

A great deal of attention was given at the conference to defending the Book of Mormon. Four issues stood out from these defenses. First, Mormons don’t know where the Book of Mormon civilization was located. Second, Mormons admit there is no direct evidence for the existence of that civilization. Third, there is evidence against many of the things the Book of Mormon says, which forces Mormons to argue that many statements in the Book of Mormon don’t mean what they seem to mean, even though it was supposedly inspired and translated by divine inspiration. For example, one speaker suggested that references in the Book of Mormon to horses and chariots, which are problems because people in ancient North and Central America did not use wheeled or horse-drawn vehicles, might refer to dogs walking alongside litters carrying royal figures. Fourth, Mormon apologists recognize that it is rather embarrassing that Joseph Smith dictated the Book of Mormon with his face buried in his hat in which he put his treasure-hunting “seer stone,” but claim it doesn’t matter how he did it as long as it was a miracle. I discuss each of these issues and explain briefly why the Mormon arguments don’t work in a new article on IRR’s website, “FairMormon 2017: Recent Book of Mormon Defense Strategies.”

Visit the Website
This entry was posted in Mormonism and tagged apologetics, Book of Mormon. Bookmark the permalink.

2 Responses to An Evangelical Goes to Provo