Enoch, Jude, the Canon, and the Sons of God: Some Notes for the Curious 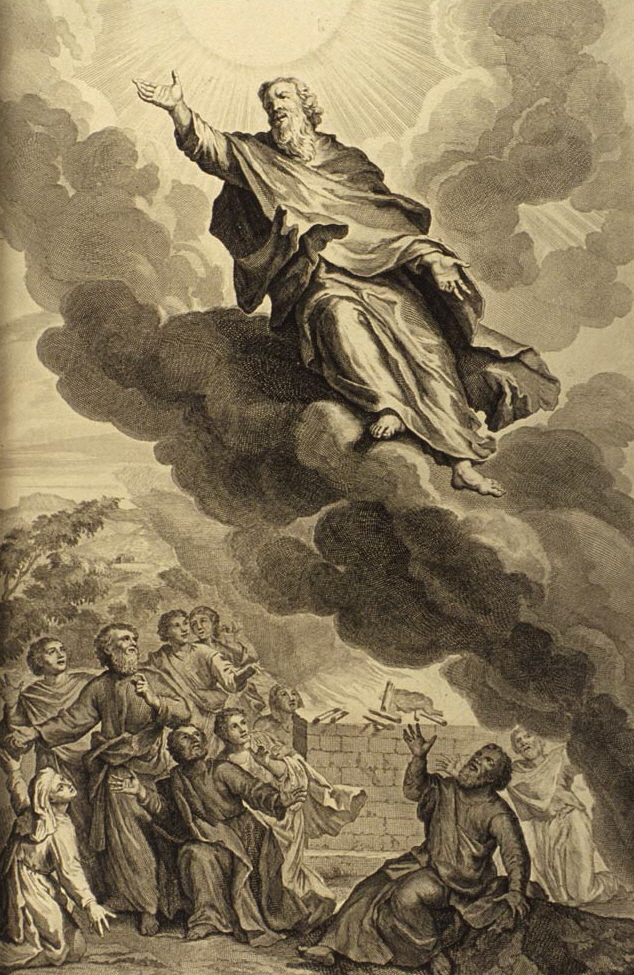 In an odd coincidence, I was asked twice in one day to comment about the canonicity of the Book of Enoch and some related matters. I will not attempt to resolve all of the issues here, but instead will offer a brief overview and some references for those who would like to pursue the matter in further depth.

In the epistle of Jude, we read the following:

It was also about these that Enoch, the seventh from Adam, prophesied, saying:
“Behold, the Lord comes with ten thousand of his holy ones,
to execute judgment on all
and to convict all the ungodly of all their deeds of ungodliness
that they have committed in such an ungodly way,
and of all the harsh things that ungodly sinners have spoken against him” (Jude 14-15 ESV).

Compare Jude’s quotation of Enoch with the following passage from the Book of Enoch:

And behold! He cometh with ten thousands of His holy ones
To execute judgement upon all,
And to destroy all the ungodly:
And to convict all flesh Of all the works of their ungodliness
which they have ungodly committed,
And of all the hard things which ungodly sinners have spoken against Him. (Enoch 1:9)

By the way, the closest any passage in the canonical Old Testament comes to the statement in Jude is in a different context, that of God’s revelation to Israel in the wilderness:

“The Lord came from Sinai and dawned from Seir upon us;
he shone forth from Mount Paran;
he came from the ten thousands of holy ones,
with flaming fire at his right hand” (Deut. 33:2 ESV).

The odds are very good that Jude’s quotation of Enoch (Jude 14-15) came from the Book of Enoch. The quotation is very close to what is found in the book. The matter is complicated by the fact that the book was probably written originally in Hebrew or Aramaic, Jude’s quotation is in Greek, and our earliest substantial manuscripts of the book are later translations in other languages (especially Ethiopic). Given these language differences, the similarities between the two passages are surprising. Most scholars think Jude is quoting from the book, and this seems likely to be correct. If Jude is quoting a “tradition” found also in the Book of Enoch but got it from a different source, that source would either be oral or written. I don’t think it’s plausible to argue that it was oral only, so we would likely be talking about a different book. If so, that different book is also not in the canon of Scripture, so we have not gained anything by denying that Jude was quoting the Book of Enoch. Perhaps one could maintain that Jude was quoting from an earlier version of the Book of Enoch.

Besides the quote explicitly attributed to Enoch, there are quite a number of significant points of contact thematically and verbally between Jude and the Book of Enoch. These commonalities further support the conclusion that Jude drew upon the book.

As for the Book of Enoch itself, all scholars agree that it was not written even close to the time of the Genesis patriarch some 3,000 or more years before the NT era (before the Flood, and as best we know before writing had been invented). (My own view is that the Flood must be dated more than ten thousand years before Christ, but that’s a subject for another day!) The standard view is that the Book of Enoch that has been preserved in a later Ethiopic translation was a compilation or composite work with material dating from the third century BC through the first century AD (with possible interpolations even later, though these are debated).

Obviously, these conclusions leave us with a bit of a question as to what to make of Jude’s quotation. One common idea is that the statement attributed by Jude to Enoch was really spoken by Enoch and somehow the knowledge of what Enoch had said was preserved for three (or more) millennia and recorded in the Book of Enoch. This is possible but awfully difficult to prove or even to show is the most likely scenario. It is also possible that what Jude meant was that Enoch in the Book of Enoch prophesied with the statement that Jude quoted. That is, Jude might not have been affirming or intending to say anything about what the historical patriarch Enoch had said thousands of years earlier. It is difficult to justify any dogmatic statement on the matter.

Then there is the question of the canon. Here I think the issue is fairly clear. The Book of Enoch was a Jewish work (not a Christian work) and yet was never part of the Jewish canon of Scripture. It was also not accepted as canonical by Christians other than in Ethiopia (where the only complete manuscript originated); the Ethiopian Orthodox Church and a related group in Eritrea are the only denominations accepting it as canonical, to the best of my knowledge. Interestingly, a Jewish sect in Ethiopia is the only segment of Judaism that accepts the Book of Enoch as canonical. This evidence shows that the book was not excised or removed from the canon by mainstream ancient Jews or Christians. Rather, it was added to the canon by Jews and Christians living in Ethiopia. Christians may find the book to be of value in understanding the Bible while still denying that it was or should be canonical Scripture.

Finally, the Book of Enoch does provide some strong external evidence in support of the view that the “sons of God” in Genesis 6:1-4 were understood as fallen angels or the like by Jewish and Christian writers during the NT era. But there are good exegetical arguments for this interpretation that do not depend on the Book of Enoch. I myself arrived at this understanding of Genesis 6:1-4 (and the relevant NT texts) many years ago without knowing anything about the Book of Enoch. For example, the precise expression “sons of God” occurs in the Book of Job in clear reference to heavenly or spirit beings (Job 1:6; 2:1; 38:7). Genesis 6:1-4 appears to be the OT background to Jude 6 and 2 Peter 2:4. I admit this is all quite strange, and I am not saying we should accept all of the ancient Jewish speculations in the Book of Enoch (far from it). However, as a hermeneutical principle I expect to find things in the Bible that are strange to me, especially in Genesis 1-11 dealing with the preliterate period of human history.

Some references for those wanting to study these things further (list updated 2/5/19):

Brown, Michael. “Why Isn’t the Book of Enoch in the Bible?” YouTube video with comments from visitors to Brown’s website. Brown gives an intelligent, well spoken explanation of the standard conservative Christian response to the issue. I agree with much of what he says in this short video.

Godowa, Brian. “The Book of Enoch: Scripture, Heresy, or What?” Brian Godowa takes a position similar to that of Michael Heiser. He emphasizes evidence that the epistle of Jude was heavily dependent on the Book of Enoch beyond the one quotation. A good introduction to the issue even if one does not agree with everything he says. You might need to sign up for an account with academia.edu to access this paper.

Heiser, Michael S. “The Book of Enoch in the Early Church” (PDF document). This is a transcript so it has some formatting and other mistakes. Heiser argues that the Book of Enoch should be studied as helpful background to the NT even though it’s not canonical.

Heiser, Michael S. Reversing Hermon: Enoch, the Watchers, and the Forgotten Mission of Jesus Christ. Defender Publishing, 2017. Heiser’s recent book on the same topics. I haven’t read this though I have read earlier writings by Heiser on these subjects. I tend to agree with a lot of what he says and disagree with some of it.

Kirby, Peter. “1 Enoch.” Early Jewish Writings (website), 2013. Useful source of quotations about the Book of Enoch and links to texts and resources about it.

Potter, Douglas E. “The Book of Enoch: Canonical, Authoritative, or What?” (2018). Fairly lengthy academic paper by an evangelical author, available on academia.edu.

Visit the Website
This entry was posted in Biblical Studies and tagged Book of Enoch, canon, Enoch, Genesis 6:1-4, Jude, sons of God. Bookmark the permalink.

2 Responses to Enoch, Jude, the Canon, and the Sons of God: Some Notes for the Curious