If Jesus Healed Everyone Then, Why Not Now? Nabeel Qureshi and Healing, Part 4 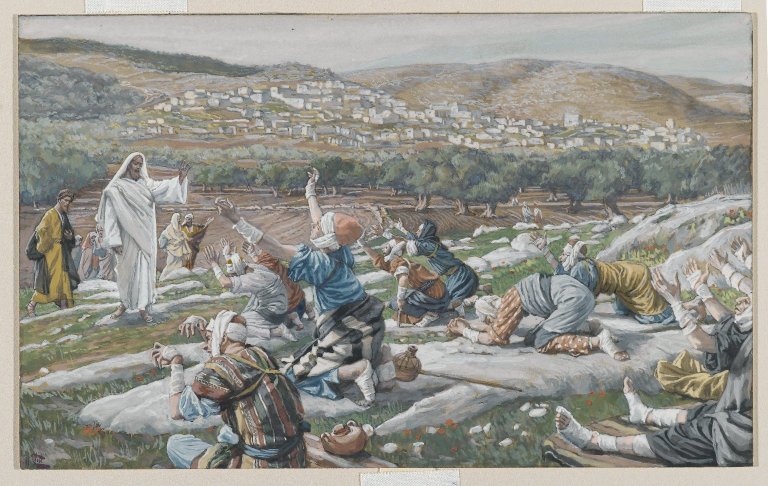 Perhaps Nabeel Qureshi’s main argument for thinking that it is always God’s will for us to be healed was that Jesus healed everyone who came to him for healing. He made this point in several of his vlogs. If Jesus healed everyone then, Nabeel reasoned, we should expect him to heal everyone now if they go to him for healing. Jesus clearly wanted to heal all of them, and of course he had the ability to heal them—and he did heal them. Just as obviously, Jesus has the ability to heal anyone now; so why wouldn’t he heal anyone who came to him today? It seems intolerable to suggest that Jesus doesn’t want to heal people today. So why should we think anything has changed?

Nabeel’s argument can be set forth simply in the following deductive form:

It may seem cold to put the argument in such a formal way, but doing so will help us think more clearly about the matter. So let’s look at this argument, beginning with the two premises.

The True but Ambiguous First Premise: Jesus Healed Everyone Who Went to Him for Healing

As I read the Gospels, Nabeel’s premise here is correct: From what we are told in the Gospels, it appears that while Jesus was engaged in his public ministry on earth, he healed everyone who came to him, or who was brought to him, for healing (Matt. 4:23-24; 8:16; 9:35; 12:15; Luke 4:40; cf. Mark 3:10; Acts 10:38). I agree that Jesus did not make inscrutable judgments about which petitioners to heal and which not to heal, a point Nabeel nicely illustrated with the healing of the ten lepers in Luke 17:14 (vlog #15).

Similarly, in response to the leper who asked Jesus to heal him if he was “willing,” Jesus responded by affirming that he was indeed willing (Matt. 8:2-3 / Mark 1:40-41). The text does not make the generalization that Jesus was willing to heal everyone who asked, as Nabeel implicitly inferred (vlog #17), but it is a natural inference to make in light of the several statements in the Gospels that Jesus healed everyone who came or was brought to him for healing.

However, there is a possible lack of clarity in the first premise. Nabeel stated it a couple of ways: That it was always Jesus’ will to heal people, and that Jesus actually healed everyone who came or was brought to him for healing. I think what Nabeel meant here was a combination of these two statements, i.e., that Jesus was always willing to heal people who came or were brought to him for healing and of course he always successfully healed everyone he was willing to heal.

Now, I agree with this reformulated premise, but when it is stated in this complete and more precise way a question arises: Can we “come” to Jesus for healing in the same way that people in Galilee or the Decapolis did while Jesus was physically present on earth? Is praying to Christ for healing the same act as going to see him and speaking face to face with him to request healing? It may seem intuitively obvious that these are equivalent acts, but perhaps this is a mistaken assumption. We will come back to this question.

The Tricky Second Premise: Jesus Is the Same Today as He Was Then

In order to make the further inference that Jesus is willing to heal everyone who approaches him for healing today, Nabeel repeatedly appealed to the statement in Hebrews 13:8 that “Jesus Christ is the same yesterday and today and forever” (vlogs ##15, 17, 29). This text functions as a proof text supporting the second premise of Nabeel’s argument, as stated above.

One problem with this argument is that it treats Hebrews 13:8 as an unqualified statement of identity in everything that Jesus was, said, willed, and did during his earthly ministry and today. Yet we know this is not the case. For example, according to the book of Hebrews itself, Jesus in at least three ways is different now from what he was then:

The use of Hebrews 13:8 as a premise in an argument for the conclusion that it is always Jesus’ will to heal people today may seem intuitively more appropriate, but logically it has the same problem as an argument inferring that Jesus is still mortal or subject to temptation.

Even during Jesus’ mortal life on earth things were not always the same in all respects. In particular, it appears from the Gospel accounts that Jesus did not begin healing people until after his baptism in the Jordan River by John the Baptist, when Jesus was around thirty years old (Luke 3:23). That was when Jesus began proclaiming the good news of the kingdom and healing people (Matt. 4:17-25). Why did he wait until then to begin healing people? Did he not have the ability to perform miracles until after his baptism? Such a view might be appealing to those who think Jesus was simply a man and nothing more, but to those of us who understand that Jesus was the divine Son incarnate—a belief Nabeel enthusiastically embraced and defended—the idea that Jesus was unable to perform miracles until after his baptism doesn’t make sense. But then why would he wait until he was around thirty years old to begin offering healing to people? Thus, it seems that something changed in this regard even during Jesus’ mortal life.

The point here is that Hebrews 13:8 is affirming the constancy or permanence of Jesus Christ in some respects, but it does not do so in all respects as compared to his earthly, public ministry. In the context of the book of Hebrews as a whole, the significance of the affirmation is that as the resurrected, eternal, immortal one, he will remain forever the great, royal high priest and the mediator of the ultimate, “eternal covenant” between God and man (Heb. 1:8-13; 5:6; 6:20; 7:17-28; 13:20-21). It is fallacious to infer from this premise that whatever Jesus did during his earthly ministry he guarantees to do today.

The Questionable Inference: It Is Jesus’ Will to Heal Everyone Today

As noted earlier, it is obvious to all Christians that Jesus has the power or ability to heal people today. Presumably he has that power in a manner consistent with his exaltation in heaven to the throne of God the Father—which is to say that if he had the power during his humble, mortal lifetime on earth he has that power all the more now that he is exalted, immortal, and in heaven ruling over all things from the very throne of God. Thus, whatever has changed, it clearly is not Jesus’ capacity or power to perform miracles.

If Jesus has just as much power now if not more so than he did during his earthly ministry, then apparently what has changed is his will, or intention, with regard to the miraculous healing of people from physical sicknesses or illnesses. Evidently it was consistent with his purpose and intentions to heal everyone who went to him during his mortal ministry but not to do so now for everyone who prays for healing.

The ambiguity of the first premise of Nabeel’s argument noted earlier would seem to be the key to resolving the apparent difficulty. Jesus was willing to heal everyone who went to him for healing when he was physically present on earth, but he is apparently not willing or choosing to heal everyone who prays to him in heaven. The salient difference appears to be whether Jesus is physically present with us. Why would this matter? I would propose that this difference is relevant because God has ordered human life in this world in such a way that we must look to ourselves and to one another to meet our physical needs. This would explain why Jesus, when he was physically present on earth, freely healed people at will but is evidently not doing so now.

The biblical doctrine of creation is the theological context for this explanation. God created the earth with all its good resources, created human beings, and instructed them to exercise dominion over his creation (Gen. 1:26-31). Implicit in the Genesis account of creation is the understanding that human beings utilize the God-created resources of the natural world to take care of themselves as they propagate and fill the earth. This is the way God has ordered life in our material world. We are not supposed to look to God to perform miraculous acts from heaven in order to meet our physical needs or to fix our problems but are to work together and to depend on one another as we utilize the resources that God has given us in creation. God may intervene on occasion as he sees fit, but such interventions are the rare exception, not the rule.

Most of the standard formulations of the problem of evil turn on the claim that if God is all-loving and all-powerful then he would want to use his power to stop bad things from happening to people, or at least to stop them from happening to people who don’t bring those problems on themselves. But this argument makes the unexamined assumption that God could intervene in the way suggested without fundamentally violating his own good purpose and intention in creating the material world in the first place. I don’t think that assumption holds: in effect, it presupposes that God should not have created a world in which physical events have consequences. In my opinion, the premise that Jesus—and therefore God—is willing to heal anyone who asks him by prayer falls into the same error, which can be viewed as a misunderstanding of the doctrine of creation. God’s love and compassion toward the human race is very real, but it does not express itself in constant interventions to prevent innocent people from suffering.

Again, this does not mean that God never does miracles today. The evidence suggests that miracles do take place but that they are exceptional and unpredictable. God is not limited in power, but he has chosen to create a world in which its creatures are normally responsible for themselves and for one another. In such a world, any intervention by God is done at his discretion and in a way that does not foster the mistaken notion that God will intervene whenever we “need” him to do so. Moreover, with extremely rare exceptions, it appears that healing in response to prayer generally can be explained in theological terms as providential (God working through the processes of the natural world and through the actions of human beings) rather than as overt supernatural intervention. I think such exceptions do occur, but again at God’s discretion and not because someone has found the right method or cultivated the required piety.

4 Responses to If Jesus Healed Everyone Then, Why Not Now? Nabeel Qureshi and Healing, Part 4