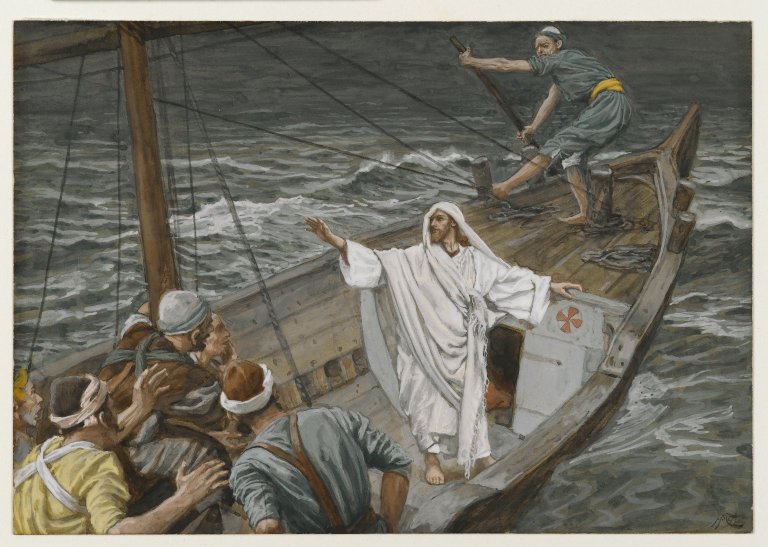 In one of his YouTube vlogs (#15), Nabeel Qureshi cited Matthew 8:17 in support of the belief that Jesus came to free us from sickness. I quite agree. However, as explained in Part 5 of this series, we receive that freedom from sickness in the future resurrection to immortality. The redemption accomplished through Jesus Christ comes in stages. First we are freed from the condemnation of sin; later we will be freed from the effects of sin. Between these two stages of redemption, we live in what theologians call the “already—not” yet tension in which the effects of sin are sometimes ameliorated but never eliminated.

Let’s take a closer look at Matthew 8:17. Matthew is actually quoting Isaiah 53:4. Here is what Isaiah says in context (my literal translation of the Hebrew text):

Surely our sicknesses he carried
And our sorrows he bore;
Yet we considered him stricken,
Smitten by God and afflicted.
But he was pierced because of our rebellions,
He was crushed because of our iniquities;
The chastening for our peace was upon him,
And by his scourgings we were healed. (Isa. 53:4-5)

This text, part of the famous “Suffering Servant” passage, strongly echoes the opening lines of the book of Isaiah:

Children have I reared and brought up,
But they have rebelled against me….
Ah, sinful nation, a people laden with iniquity,
Offspring of evildoers, children who deal corruptly!…
Why will you still be smitten?
Why will you continue to rebel?
The whole head has sickness,
And the whole heart is faint.
From the sole of the foot even to the head, there is no soundness in it,
But bruises and scourgings and raw wounds… (Isa. 1:2-6).

I have translated five key Hebrew words that appear in both texts with the same English words and italicized them for ease of comparison. One of these words, notably, is the word “sickness” (holî), found in both Isaiah 1:5 and 53:4. In Isaiah 1:5, there is no doubt that sickness is a metaphor for the sinful condition of the nation of Judah and the devastating effects of that sinful rebellion against the Lord. This metaphorical use is surely evident also in Isaiah 53:4, since the rest of the text clearly states in several ways that the Servant suffered because of the sinful rebellion of the people. The Septuagint reflects this understanding by actually translating the word for “sicknesses” with the Greek word ἁμαρτίας, meaning “sins.”

The apostle Peter followed this translation and interpretation in his very clear allusions to the same text (translating literally):

Who himself carried up our sins in his body on the tree, so that, dying to sins, we might live to righteousness; by whose wounds you have been healed (1 Peter 2:24).

Note the following parallels (and see Peter’s allusion in verse 22 to Isaiah 53:9):

Thus, Peter clearly understood Isaiah 53:4-5 to mean that we are “healed” from the spiritual malady of our sins by the redemptive death of Christ on the cross.

Now let’s look at the text in Matthew:

That evening they brought to him many who were oppressed by demons, and he cast out the spirits with a word and healed all who were sick. This was to fulfill what was spoken by the prophet Isaiah: “He took our illnesses and bore our diseases” (Matt. 8:16-17 ESV).

Matthew is clearly not quoting the Septuagint here, since none of the two nouns and two verbs in Matthew’s Greek quotation matches the corresponding word in the Septuagint:

He himself took our weaknesses and carried the diseases (Matt. 8:17)
This one bore our sins and suffered pain for us (Isa. 53:4 LXX)

Matthew has ignored the Septuagint here and given his own translation of the Hebrew, rendering the Hebrew word for sicknesses (holî) literally with ἀσθένεια, the word we saw in Part 5 in 1 Corinthians 15:43 that means bodily weakness, sickness, or infirmity. In translating the text in this way, of course, Matthew makes it clear why he finds Jesus’ ministry of exorcisms and healings to “fulfill what was spoken by the prophet Isaiah.” Jesus literally took away the sicknesses and infirmities of those who came or were brought to him.

Matthew’s immediate application of Isaiah 53:4 to Jesus’ healing ministry does not mean, however, that he was ignoring the context of that verse in Isaiah. What it means is that Matthew saw Jesus’ healings as signs that the first stage of redemption was commencing. Jesus’ miracles were foretastes of the complete redemption that is still future. We see this clearly as we continue reading in the Gospel of Matthew.

“Save us, Lord”: Jesus’ Miracles as Anticipations of Complete Salvation

Immediately following Matthew’s quotation of Isaiah 53:4 in Matthew 8:17 is the account of Jesus calming the storm when he and the disciples were in a boat on the Sea of Galilee (Matt. 8:18-27). The disciples actually woke Jesus up and begged him to save them from drowning: “Save us, Lord, we are perishing!” (Matt. 8:25 NASB). Their concern was physical, temporal death in the sea, but Matthew’s alert Christian readers would have no trouble recognizing a double meaning to the word “save”: Jesus “saves” the disciples from the sea, but his ultimate purpose in coming was to “save” them from their sins (Matt. 1:21). This wordplay recurs in later miracle accounts (Matt. 9:21-22; 14:30).

The disciples asked Jesus to deliver them from the immediate physical danger, and he readily did so. Yet clearly it would be a mistake to infer from this miracle account that Christians today should expect God to deliver them from physical dangers whenever they ask. That is simply not the point of the story. In some instances we may experience dramatic escape from physical danger, but in general Christians are not immune from such life-threatening dangers. Believers die in automobile accidents, dangerous weather, and other such incidents.

The next event in Matthew’s Gospel is the exorcism of two demon-possessed men in the country of the Gadarenes (Matt. 8:28-34). In this instance Jesus delivers men not from physical sickness or death but from demonic possession, which we might characterize as an extreme form of spiritual sickness. In stark contrast to the preceding miracle, here no one asks Jesus for help: the demon-possessed men are incapable of seeking help and indeed the demons who possess them are afraid of Jesus (v. 29). In both miracles Jesus demonstrates his power over unseen destructive forces—the winds that threatened the disciples’ boat and the demonic spirits that controlled the two Gadarene men. These miraculous acts of deliverance both presage Jesus’ sacrificial death by which he will free us from sin, the devil, and eternal death.

Now we come to the account of the healing of the paralytic (Matt. 9:1-8), one of the miracles of Jesus to which Nabeel made specific appeal in support of his belief that Jesus willed to heal him.

When the paralytic is brought to Jesus, his first act was not to heal the man but to forgive him of his sins (v. 2). Only when the scribes reacted by thinking Jesus blasphemous for forgiving the man’s sins did Jesus offer to heal the man of his paralysis. It was, Jesus said, “that you may know that the Son of Man has authority on earth to forgive sins” that he then healed the paralytic (v. 6). Once again, Jesus’ primary and ultimate purpose for coming, according to the word of the angel at the beginning of the Gospel narrative, was to save his people from their sins (Matt. 1:21).

We therefore should understand the account of the paralytic to reveal that Jesus’ claim to save the man from his sins was authenticated by his saving the man from his paralysis. In this context the miraculous healing is clearly a means to an end, not the end itself.

This miracle account of the healing of the paralytic, coming so soon after the citation of Isaiah 53:4 in Matthew 8:17, confirms that Jesus’ acts of miraculous healing were part of his fulfillment of the Suffering Servant prophecy because they demonstrated that he was indeed the one who would take our sins upon himself in order to free us from their effects. This finding provides strong support for the view that Jesus’ miracles during his earthly ministry were at least in some ways exceptional, rather than something one would expect to be duplicated throughout church history.

2 Responses to Jesus’ Healings as Types of Salvation: Nabeel Qureshi and Healing, Part 6