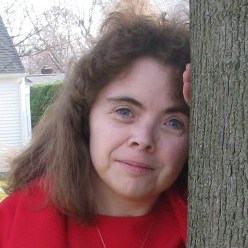 Lydia McGrew is a scholar trained in the study of literature (her Ph.D. was in English literature), an accomplished author of peer-reviewed publications in philosophy (including epistemology and philosophy of religion) including some directly relevant to Gospel scholarship, and recently the author of an excellent book (which I endorsed) entitled Hidden in Plain View: Undesigned Coincidences in the Gospels and Acts. Her dual expertise in literature and analytic philosophy equips her handily to engage critical issues in the study of the biblical texts.

Lydia should not need to defend her qualifications to write on the academic study of the Gospels. Unfortunately, some people whose views on the Gospels that Lydia critiques (and these include some friends of mine) have dismissed her work on the grounds that she is unqualified to address the issues. On more than one occasion I have explained to some of these individuals why I think their dismissiveness toward her is a mistake. Now Lydia has written a lengthy apologia for her contributions to this field of study, “On Credentials, Philosophy, and NT Studies.” My only regret in this regard is that I didn’t write it for her. I know from my own personal experience that it is difficult to defend one’s qualifications without coming across as self-serving. I hope those who are dubious about Lydia’s professional qualifications will look past any such superficial impression and seriously consider what she says.

More important still, I would very much like to see respectful dialogue among evangelicals on the controversial subjects at issue. I have great admiration for all of the major players in the recent controversies, including Michael Licona, Craig Evans, and Lydia McGrew, and I greatly appreciate the contributions that these and other Christian scholars have made to the study and defense of the Gospels. I have learned from all of them and I want to continue learning from them, even from their disagreements. I am not looking for more agreement, but I am looking for more argumentation and less ad hominem, more light and less heat, more collegiality and less partisanship, more bridge-building and less demolition. (Please note that I think both sides in the recent controversies can improve in these areas.) We can, should, and must learn from those with whom we disagree. Our focus should be on defending the faith, not defending our turf.

I welcome comments on what I have said here.

19 Responses to Lydia McGrew on Credentials and New Testament Scholarship