Cessationism versus Continuationism—4 Reasons to Reject both Extremes: Nabeel Qureshi and Healing, Part 2 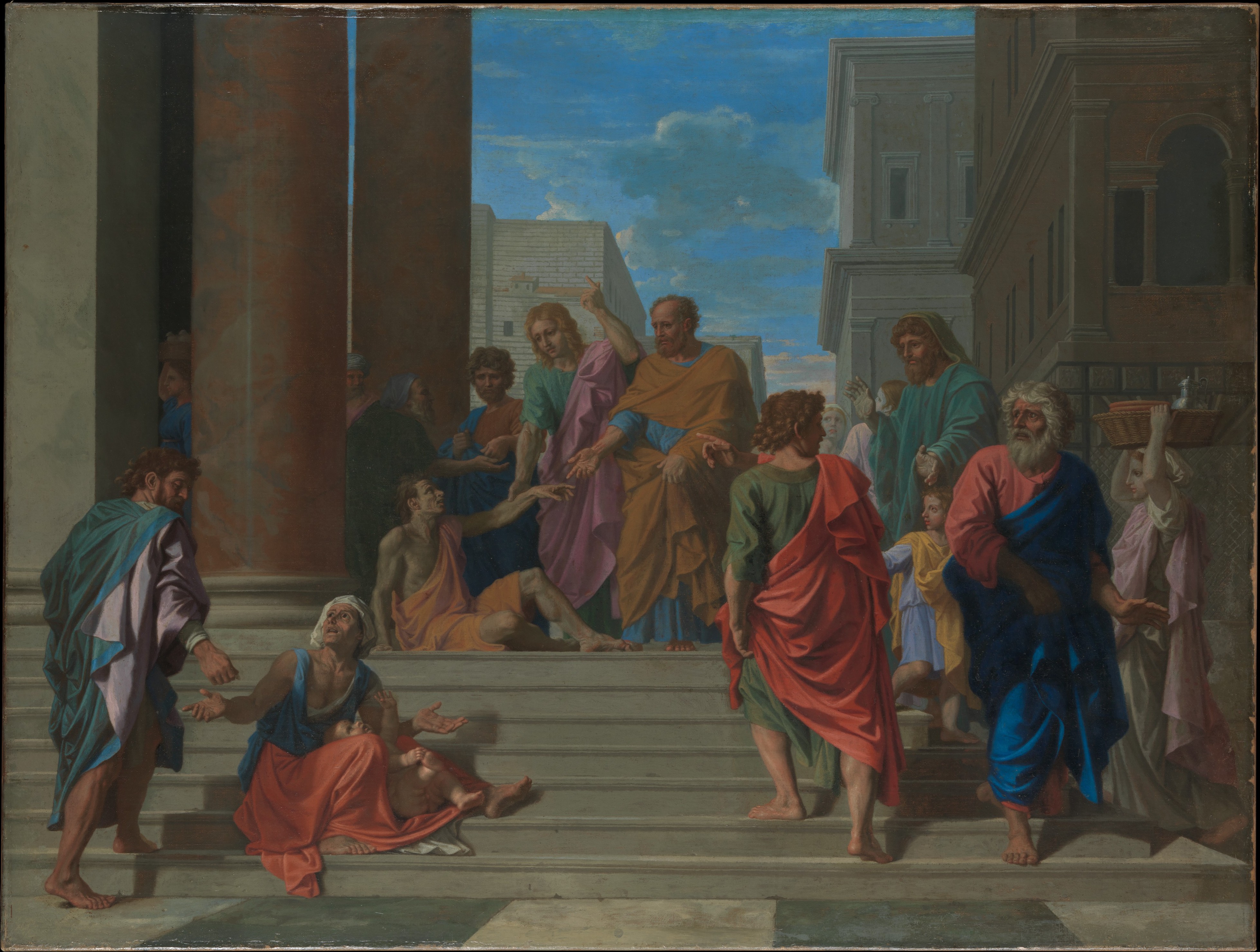 Throughout this series, I will be citing Nabeel Qureshi’s video logs, or vlogs, simply by their number as they are listed on his YouTube vlog page. All of his vlogs were recorded and uploaded to YouTube from September 2016 through September 2017, the month he passed away.

At the “cessationist” end of the spectrum is the view that miracles simply do not and will not happen in our time. This position maintains a complete discontinuity between the apostolic era and the rest of church history with regard to the miraculous.

At the “continuationist” end of the spectrum is the view that miracles should happen in our time in just the same ways as in the New Testament era or more narrowly in the same ways as in the public itinerant ministry of Jesus. This position maintains a complete continuity between the apostolic era and the rest of church history with regard to the miraculous.

I would suggest that both of these extreme positions bear the burden of proof. That is, we should be prepared to find both some continuities and some discontinuities between the apostolic era and our time. Consider the following four reasons for adopting this view rather than total continuity (miracles should happen today just as they did in the NT period), yet without going to the opposite extreme of total discontinuity (no miracles should happen today). In what follows, please note that I frequently make various qualifications or distinctions without which it is likely that my position will be misunderstood in an overly simplistic way (perhaps by readers from both sides of the spectrum). I beg the reader’s indulgence if these qualifying comments seem repetitive.

Reason #1: Neither Jesus nor any apostles are living on the earth today.

The rest of church history is unlike the New Testament era in this very clear way: Jesus is not physically present with us and we do not have living apostles or prophets with us.

That Jesus is not physically present with us is granted by all Christians, though the significance of this fact is in dispute. That we do not have living apostles and prophets with us on the earth is admittedly a point of some contention (although I am not aware of Nabeel commenting on this question).

In my view the apostles were a foundational group of Christian leaders who functioned as witnesses to the risen Christ in the first generation of the church (Eph. 2:20; 3:5; 4:11; see also Acts 1:21-26; 1 Cor. 9:1; 15:5-8). Toward the end of that first generation of church history, some of the last of the apostolic writings urged believers to look back to what the apostles had taught, implicitly acknowledging that they were passing from the scene (2 Peter 3:1-2, 16; Jude 17; see also Heb. 2:3-4). I will elaborate on the distinctive function of apostles and prophets in Part 3 of this series.

The fact that Jesus is not physically present and that the apostles and prophets have passed away does not mean that miracles have not occurred since the end of the first century. Miracles happened before the Incarnation and there is enough evidence to support the belief that miracles have occurred in the many centuries since the last of the apostles died. Thus, we should reject extreme cessationism.

However, if we reject extreme cessationism, as we should, that does not mean that our only alternative is extreme continuationism. It is perfectly reasonable to think that the miraculous was intended to be especially prevalent or a prominent aspect of the ministries of Jesus and his authoritative spokespersons, in a way that was not intended for later periods. The remaining three reasons give strong support to this view.

Reason #2: The miracles of Jesus and the apostles functioned to validate the gospel.

Likewise, Peter at Pentecost affirmed that Jesus was “a man attested to you by God with mighty works and wonders and signs that God did through him in your midst, as you yourselves know” (Acts 2:22 ESV). The word translated “attested” here (ἀποδεδειγμένον) means that God showed his approval or endorsement of Jesus by the miracles. The last part of Peter’s sentence emphasizes that his audience was well aware of these miracles because many of them had witnessed them or knew people who had been affected by them. Luke in the same passage goes on to say that the apostles did “many wonders and signs” (Acts 2:43), and this aspect of the miracles performed by the apostles as signs authenticating their message is reflected elsewhere in Acts (4:16, 22, 30; 5:12; 6:8; 8:6; 14:3; 15:12).

In his epistles, Paul refers to the “signs and wonders” that took place through his apostolic ministry (Rom. 15:19) and even appeals to those miracles as evidence of his apostleship: “Indeed, the signs of an apostle were performed among you with great perseverance by signs and wonders and powerful deeds” (2 Cor. 12:12 NET). Similarly, Hebrews states about the apostles that “God [was] also testifying with them, both by signs and wonders and by various miracles and by gifts of the Holy Spirit according to His own will” (Heb. 2:4 NASB).

Please note: My claim here is not that authentication is the only purpose of miracles, but that it is a major aspect of the NT miracles and explains why they were so numerous and so readily performed as compared with later times.

Reason #3: Miracles continued but at a lesser and irregular rate after the NT era.

It is a fact that miracles were less common after the passing of the apostles and have been less readily performed throughout the past 19 centuries. Miracles were reported in the second and third centuries, and as best I can tell pretty much in every century thereafter, but never at the same level as in the NT era.

Not surprisingly, some religious groups blame the church itself for this difference, suggesting that a loss of faith or apostolic authority was to blame and that their group represents the “restoration” of these things with the “full gospel” (or similar rhetoric). Since I understand the NT itself to teach that the apostolic office was temporary, and since the second and third centuries (at least) appear to have been times of sterling Christian faith and character, I don’t find such restorationism persuasive.

Craig Keener’s magisterial two-volume work Miracles: The Credibility of the New Testament Accounts provides documentation supportive of the view that miracles have occurred throughout church history and that they continue to occur today—again suggesting that the church did not “lose” something essential. Still, even accepting all of the miracle accounts at face value it is clear that the NT era was very different in the manifestation of the supernatural than the rest of church history. Miracles have occurred but they have done so unpredictably and sporadically. This general picture is consistent with the fact that the apostolic (and prophetic) office ceased to function in the church after the first century.

The restorationist movements that claim to have restored healing don’t seem to have actually succeeded in doing so. Their reports of healing are also unpredictable and sporadic at best, dubious and even fraudulent at worst. In no Christian movement since the first century do we have any reliable or credible record of individuals able to bestow miraculous healing at will in the way we find Jesus and the apostles doing in the first century.

Reason #4: All NT miracles were done by Jesus or through one of his apostles and prophets.

All of the miracles reported in the NT, and specifically of relevance here all of the life-giving miracles of healing, exorcism, and resurrection, were performed through a divinely authorized person on behalf of the person who benefits by it. That is to say, all of the NT miracles are performed either by Jesus or by one of the apostles or by a prophet who was associated with the apostles:

The only text that suggests that miraculous healings might occur through someone other than an apostle or prophet is James 5:14-16. Note, though, that James did not actually report any such miraculous healings. Even in James 5, the sick person is not said to obtain healing by directly praying for himself, but by the “prayer of faith” offered by “the elders of the church.” Five considerations suggest that James did not intend to make a broad generalization about all sicknesses being healed in the church through prayer:

No doubt much more could be said about James 5:14-16, but I’ll leave it at that. (I don’t think Nabeel appealed to this passage in any of his vlogs.) In any case, the text clearly does not teach that an individual should expect to be healed simply by his own prayers. In this passage healing, when it comes, is granted through an extraordinary “prayer of faith” offered by elders or sometimes (evidently not in all circumstances) when we pray for one another.

Conclusion: We Can’t Pray Ourselves Healed

The implication of this aspect of what the NT says about healing for modern faith-healing doctrine is devastating. The whole idea that we can reliably obtain healing for ourselves through our own faith in Christ is totally absent from the NT and runs counter to the consistent pattern of miraculous healings actually reported in the NT.

By no means am I suggesting that God cannot heal us today if we ask for healing. God can heal anyone at any time of his choosing and in any way as he sees fit.

What I am suggesting is that we have no basis for assurance in the NT that an individual who has a sickness or a disease is promised healing in this life through his faith or for that matter through the faith of his family or friends. God may choose to heal someone supernaturally or providentially in the context of such personal faith or he may choose not to do so. Healing in this mortal life is not guaranteed or promised to every believer. There is no right method or right approach that if followed should lead to healing. We should not regard it as a puzzle or mystery as to why not everyone who is sick and prays is healed. We should not be surprised that not all are healed; we should be surprised, and grateful, that any are healed.

7 Responses to Cessationism versus Continuationism—4 Reasons to Reject both Extremes: Nabeel Qureshi and Healing, Part 2