Moroni’s New Testament: Proof that the Author of the Book of Mormon Used the King James Version 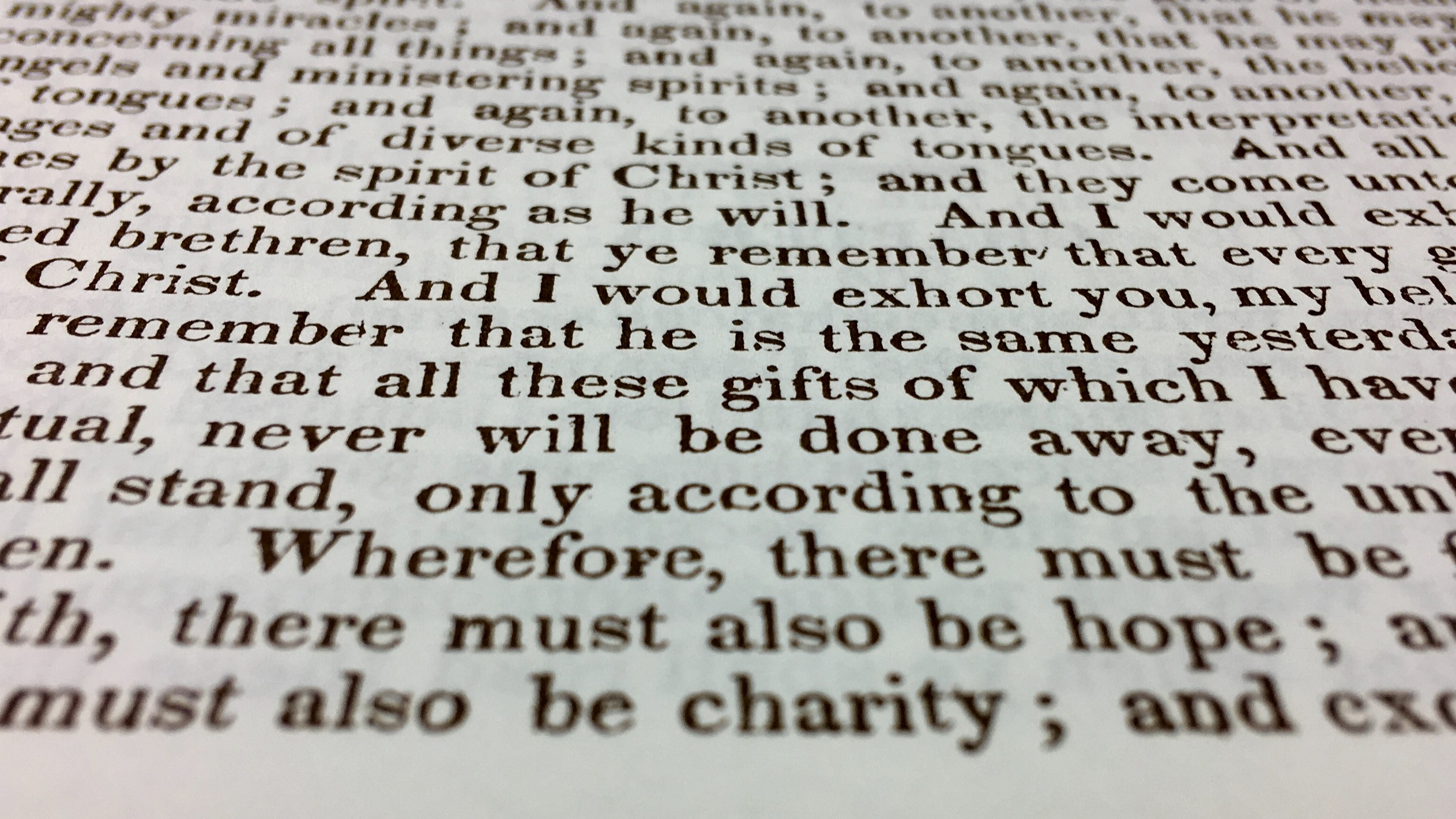 In a new series of articles, I explore the evidence from these passages that they were composed—not just translated—by a modern author who drew freely and extensively on the New Testament from the KJV. Three installments of this series are now online. Here I will provide what the Book of Mormon would call an abridgment of those three articles. The headings below give the titles of each article with a link.

Part 1: The Use of the KJV New Testament in the Books of Mormon and Moroni

In part 1 of the series, I provide an overview of the subject. I first look at what the Book of Mormon itself claims about the writings of Moroni: that he was a Nephite prophet in the early fifth century AD writing partly to address concerns of his own day and partly to exhort future readers to accept the message of the Book of Mormon.

Next, I discuss criteria for identifying meaningful parallels between the New Testament and the Book of Mormon. Expressions that are too short, not distinctive, or not meaningful, or that could come from the Old Testament books to which Moroni (if he existed) would have had access, should not be counted here. With these restrictions, I limit the pool of meaningful parallels to strings of five or more words paralleled verbatim (including variant grammatical forms such as you and thee) between the Book of Mormon and the New Testament, such as “behold the Lamb of God” (Mormon 9:3; cf. John 1:29, 36). Merely identifying a parallel as such does not prove one source borrowed from the other; one must consider all of the facts before drawing that conclusion.

In the rest of part 1, I survey the parallels between Moroni’s writings and the New Testament. I first identify four major parallels:

Counting the four major parallels noted previously, then, there are 25 texts in Mormon 8–9 and Moroni 7–10 containing parallels to 25 different texts in 12 different books of the New Testament: Matthew, Mark, John, Acts, Romans, 1 Corinthians, 2 Corinthians, Philippians, Hebrews, James, 2 Peter, 1 John, and Revelation. To put it another way, the parallels involve passages in the Gospels, Acts, Paul’s epistles, the general epistles, and Revelation—every part of the New Testament.

Part 2: 10 Lines of Evidence for the Use of the KJV New Testament in the Book of Mormon

Having surveyed the parallels between Moroni’s writings and the New Testament in part 1, in part 2 I offer an analysis of this evidence. This analysis yields ten distinct lines of evidence that the Book of Mormon had one modern author who made extensive use of the KJV New Testament. Here is a quick rundown of those ten lines of evidence.

Taking these ten lines of evidence cumulatively, the only reasonable explanation is that the real author of Moroni’s writings was a modern English-speaking individual. The obvious and most likely suspect, given the appearance of the Book of Mormon for the first time in 1829 and 1830, is Joseph Smith.

Part 3: First John in the Book of Mormon

Part 3 is the first of several planned articles that look more closely at some of the New Testament parallels in the writings attributed to Moroni. In this article, I discuss two parallels in Moroni 7–8 to the epistle of 1 John:

“Wherefore, my beloved brethren, pray unto the Father with all the energy of heart, that ye may be filled with this love which he hath bestowed upon all who are true followers of his Son Jesus Christ, that ye may become the sons of God, that when he shall appear, we shall be like him: for we shall see him as he is, that we may have this hope, that we may be purified even as he is pure” (Moroni 7:48; cf. 1 John 3:1-3).

After presenting the parallels in a table, I analyze the parallels and discuss their significance. The exact parallel using the 18-word sequence that when he shall appear we shall be like him for we shall see him as he is (Moroni 7:48) can only be plausibly understood as the Book of Mormon drawing on the text of 1 John 3:2 in the KJV. The parallels between these two texts are not merely verbal but also follow the same conceptual train of thought: (a) the Father has bestowed love on believers; (b) they are or will be sons of God; (c) when Christ appears we will be like him because we will see him as he is; (d) this hope purifies us to be pure like him. The second parallel, in Moroni 8:16b, comes a chapter later and parallels 1 John 4:17-18a, which is also a chapter later in 1 John as compared to the first passage paralleled. Based on these and other observations, I draw the following conclusion:

The simplest explanation is that the actual author of Moroni 7–8 was someone familiar with 1 John in the KJV, since this view would explain all of the evidence: the similar trains of thought, the two parallels in the same order, the duplication of wording, and the many parallels in the surrounding context to other books of the New Testament. Therefore, we should conclude that the author was an English-speaking person writing after 1611 and of course no later than 1829.

That author was evidently Joseph Smith.