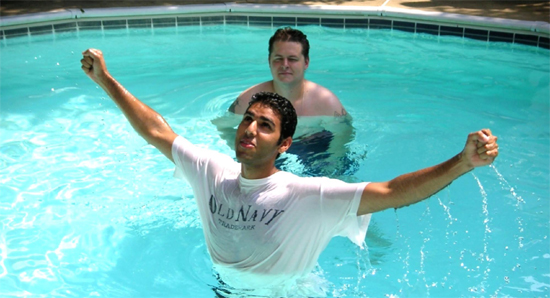 In this series, I have presented eight reasons why we should not expect God always to heal people, even Christian believers, in response to our prayers. We may ask God to heal, and sometimes he will—usually in providential ways, more rarely in overtly miraculous ways. Miraculous healings are the exception, not the rule. We should be pleasantly surprised and grateful when God does heal, not surprised when God does not heal. We should not be surprised, for example, that Nabeel Qureshi was not healed, as much as we had wished and prayed for it. Here is a summary of the eight reasons:

Getting this issue right is of extreme importance in the proclamation and defense of the gospel. If we lead people to believe that healing is the default, expected experience of Christians who have faith, two undesirable outcomes are likely. Those who accept the Christian faith with that understanding are in danger of suffering disillusionment if not the shipwreck of their faith when that expectation is not borne out. On the other hand, non-Christians are in danger of being further hardened against the gospel if it is presented with expectations they can see are not realistic.

Some Christians argue that even if some people are not healed, more people are healed in church settings where healing is expected than in church settings where it is not expected. I am not convinced this is the case. I am not aware of any studies that have been done to support such a generalization. One study has found that Pentecostals and charismatics are more likely than are other Christians to report that they witnessed or knew about someone being healed. However, the “other” category is so broad that the usefulness of the study is limited. Moreover, the study did nothing to confirm or corroborate the reported miraculous healings or even to identify more specifically what sorts of healings they were.

In any case, the answer is not to promote unrealistic expectations for the utilitarian purpose of getting somewhat better results. The answer is to teach the truth, which is that we should neither presume that it is always God’s will to heal nor retreat to the equally erroneous extreme claim that it is never God’s will to heal. In the end, we will encourage more people to pray about their health if we give them a viable alternative between those two extremes.

The case of Nabeel Qureshi should be taken seriously by those who advocate the extreme position that it is always God’s will to heal. Here was a man who clearly had strong faith in Christ and who was surrounded by people who also loved and trusted Christ. Tens of thousands of people prayed for Nabeel’s healing. Numerous Christians claimed that God had revealed to them that he was going to heal Nabeel. Nabeel even traveled to the church of a well-known faith-healing teacher in search of miraculous healing and was assured he would be healed. And yet it did not happen. The problem here was clearly not a lack of faith. The problem was a false expectation that was neither biblical nor realistic. Nabeel, who loved to learn, would surely want us all to learn something from what has happened.

There is a real danger at the other extreme that Nabeel’s death will seem in some people’s minds to support the belief that miracles never happen, either because God has completely ceased doing miracles or, worst of all, because the miracle-working God of the Bible does not exist. As tragic as Nabeel’s death at a young age was, it would be far more tragic if anyone were to become disillusioned in their faith as a result of a too-simplistic understanding of this issue. Cessationism and skepticism cannot be answered effectively with the unrealistic notion that anyone can be healed with the right faith or the right formula. The only reliable antidote to cessationism or skepticism is a balanced, biblically sound understanding that miracles do happen when and where God chooses.

We live in a wonderful yet awkward period in human history. Jesus Christ has conquered sin and death on our behalf, and he has delighted at various times to give us tokens of his full redemptive intentions and promises by granting remarkable healings and other miraculous manifestations of his saving power. He does so when, where, and how he chooses. In his own earthly, itinerant ministry and in the ministries of the apostles and prophets of the first generation of the church, Jesus regularly performed dramatic miracles of healings to authenticate the message that in his coming the kingdom of God had begun its conquest of the devil and his works. Such miracles still occur occasionally but not in the same way, since Jesus is not physically present and we do not have apostles or prophets ministering today. We have no promise from God that he will heal us from all or any of our sicknesses or diseases during our mortal lives. We do have the promise of resurrection with immortality and incorruptibility, a glorious future that we occasionally glimpse through anticipatory blessings of healing that we cannot predict or control but that we know are only foretastes of the perfect bodily redemption to come.

There is good news here. If a Christian is healed, God will be praised for displaying his mercy in that way. If a Christian is not healed, that outcome does not reflect badly on that believer or call into question the sincerity and adequacy of his or her faith as a believer in Jesus Christ. Nor does the outcome of no healing reflect badly on the Lord or detract from his glory because we know from the New Testament that God is doing something even greater than curing sickness: he is curing sin. We all need to be able to say with the apostle Paul the following words:

For God, who said, “Let light shine out of darkness,” has shone in our hearts to give the light of the knowledge of the glory of God in the face of Jesus Christ. But we have this treasure in jars of clay, to show that the surpassing power belongs to God and not to us. We are afflicted in every way, but not crushed; perplexed, but not driven to despair; persecuted, but not forsaken; struck down, but not destroyed; always carrying in the body the death of Jesus, so that the life of Jesus may also be manifested in our bodies. For we who live are always being given over to death for Jesus’ sake, so that the life of Jesus also may be manifested in our mortal flesh. So death is at work in us, but life in you. Since we have the same spirit of faith according to what has been written, “I believed, and so I spoke,” we also believe, and so we also speak, knowing that he who raised the Lord Jesus will raise us also with Jesus and bring us with you into his presence. For it is all for your sake, so that as grace extends to more and more people it may increase thanksgiving, to the glory of God. So we do not lose heart. Though our outer self is wasting away, our inner self is being renewed day by day. For this light momentary affliction is preparing for us an eternal weight of glory beyond all comparison, as we look not to the things that are seen but to the things that are unseen. For the things that are seen are transient, but the things that are unseen are eternal (2 Cor. 4:6-18 ESV).